Contrary to a traditional phishing setup, AitM phishing does not require a custom built phishing site, but rather the requests are proxied to and from the actual website.

"In July 2022, Microsoft reported a new type of phishing attack that bypassed MFA controls using an adversary-in-the-middle attack to steal session cookies and gain access to victims' email accounts. Once they had gained access to mailboxes the attackers followed up with Business Email Compromise (BEC) attacks."

Illustration of an AitM Attack Flow: 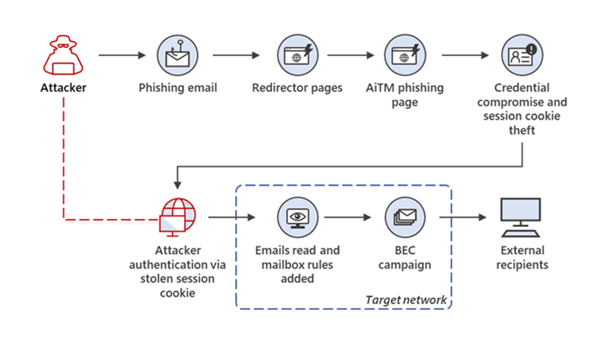